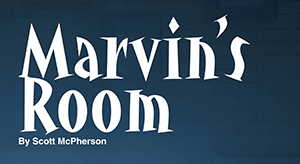 Rehearsals will begin the week of Feb 3, 2020, and will consist of 3 nights a week and going to 4 nights a week starting the end of February.

Auditions will consist of readings from the script. No monologues required.

Please bring a list of all conflicts to the auditions.

Show synopsis: Bessie, a strong-willed woman, takes care of her bedridden father and eccentric Aunt Ruth. After Bessie is diagnosed with leukemia, her estranged sister, Lee, comes to visit and to be tested as a possible bone-marrow donor for her sister. The reunion between the sisters is initially uncomfortable, aggravated by the difficult behavior of Lee's two sons. The two women eventually confront their shortcomings as sisters, reach out to each other, and arrive at an understanding about the importance of family. It may be considered a drama but Marvin's Room is both funny and touching in equal measure.

There are also some smaller characters.

Any questions may be directed to Brent Wooldridge at indybrent@aol.com.