The Belfry proudly announces AUDITIONS for our season opener 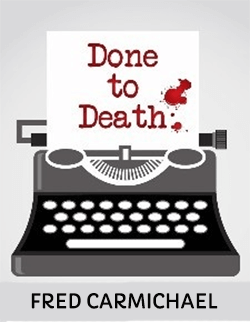 A Mystery-Comedy done in Two Acts

Done to Death is a murder mystery comedy written by Fred Carmichael. The plot focuses on five has-been mystery fiction writers who are brought to the mysterious Vulture's Vault to collaborate on and write a new murder mystery TV series. When real murders start to happen, hilarity ensues.

The play is a huge parody of the murder mystery genre as the writers have their own styles that they use in hopes of figuring out the murders. Fast-paced and full of action!!

Please prepare a short (one minute) monologue. There will be readings from the script.

You may complete your audition form before arriving. Please print form by clicking the button below.

Secondary Characters: (may be doubled)