Auditions Announced for The Dining Room 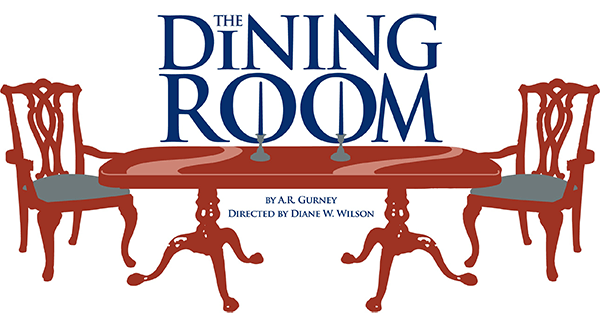 “The Dining Room” is A.R. Gurney’s attempt to take an in-depth look into the lives of a vanishing species: the upper-middle-class WASP. The two-act play can be done with as few as six actors playing as many as ten different characters. The play is broken up into short vignettes (18 total) that provide a slice of life view of many different families (1939 to 1979). They are funny and touching and uncomfortable.

A sampling of the 18 vignettes (not necessarily in order) with ages:

Actors will be asked to read vignettes/scenes from the script and possibly participate in improvisation. Actors will be called to the stage one or more times to try different scenes and to try different actor combinations. Actors should arrive on time for the audition and expect to stay for the entire evening. You are welcome to attend both nights, but you only need to attend one night.

An audition packet is available at this link below and an audition form must be completed and brought to the audition, which each night begins promptly at 7 p.m.

For more information, contact the director, Diane W Wilson, at creationstation@swbell.net or 317-650-5648.